Lost in translation? Emojis and written communication in the digital age

If you’re anything like me, emojis are probably a common feature of your digital communication. So how do emojis function in our written communication and are there differences in how they’re understood? I set out to answer these questions. Here’s what I found.

The role of emojis in written communication

So how do we use emojis? I conducted a small survey of fellow students on their emoji use. I was surprised to find that no-one at all chose the options ‘in place of written words’ or ‘just emojis’. This probably just reflects the small sample of people surveyed.

I’m writing a blog on using emojis, so I’d love to know how you use them. You can pick all that apply.? #ALC701

The results of my poll about emoji use.

Evans, however, identifies six functions of emojis, which essentially equate to the non-verbal cues we rely on in verbal communication, such as body language and intonation (2017, pp. 32-34). The function I find most interesting is discourse management. I hadn’t really thought of emojis as signalling conversational turn-taking (Evans 2017, pp. 135-136), but reflecting on my own use, I can see that I do sometimes use emojis in this way.

Emojis, like words, are open to interpretation. In fact, versatility beyond a literal meaning is one of the factors considered when selecting new emojis (Evans 2017, pp. 222-223). But is the meaning we intend when selecting an emoji always interpreted the same way by the recipient?

What ? would you ?to ?re-told in emojis?

An example of emojis used in place of words, requiring the recipient to interpret the message.

Interestingly, a study of the sentiment associated with 751 emojis across 13 European languages observed that not only do ‘humans often disagree on the sentiment labels’, but that ‘even individual annotators are not consistent with themselves’ (Novak et al. 2015, p. 7). Another study, this time examining the differences in interpretation of the same emoji when it is displayed differently on different platforms and operating systems, found that different people may interpret the same emoji differently, even when looking at the same version of an emoji (Miller et al. 2016). Given this varying interpretation, should there be a way to verify an emoji’s agreed meaning or meaning in common usage, like we have in a dictionary for words? My small survey of peers suggests that the regular dictionary is not the place for emoji definitions.

Time for a poll! Should emojis be in the regular dictionary? ?????

The results of my poll about emojis being in the dictionary.

You can, however, find a guide to understanding emojis at emojipedia.org.  This guide also helpfully provides warnings about emojis that look quite different on different platforms and operating systems, thereby making them more prone to misinterpretation. 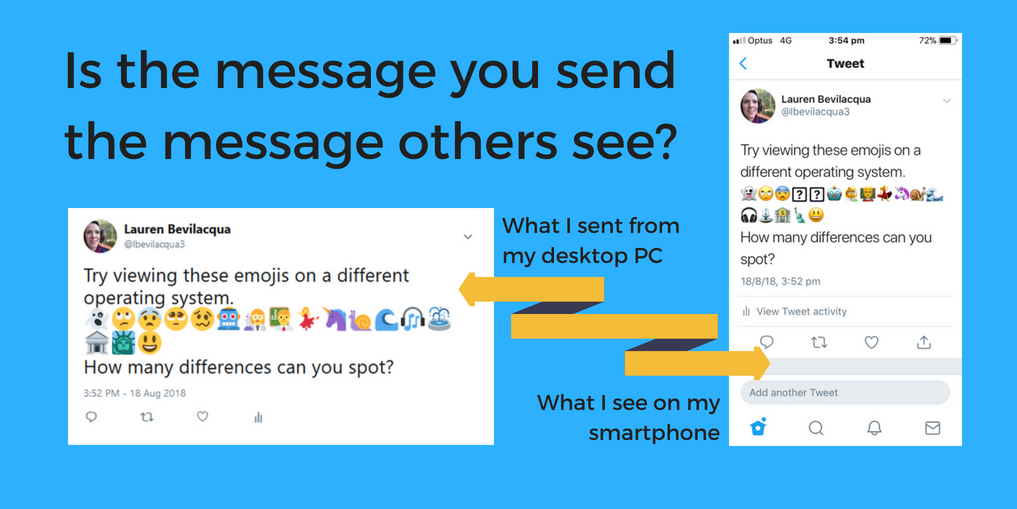 When it comes to emojis, it seems there are at least three ways in which culture makes a difference.

First, emojis can have different connotations in different cultures (Evans, 2017, pp. 98-100, 196-198; Danesi 2017, pp. 30-32). This is not surprising when we consider that emojis form a communication code, rather than a language (Evans 2017). O’Shaughnessy, Stadler and Casey explain that knowledge of cultural connotations is essential for effective communication by code, and that these connotations can vary between and within cultures (2017, pp. 125-127). For example, the thumbs up symbol can be interpreted as positive or offensive, depending on the cultural setting (Danesi 2017, p. 31).

Secondly, there is the possibility of re-interpretation of emojis (Evans 2017, pp. 196-197). The emoji of a woman holding her hand up horizontally, for instance, draws on a Japanese gesture associated with offering assistance, but removed from this cultural reference point, the same emoji has also been re-interpreted as meaning ‘sassy’ (Evans 2017, p. 197).

Thirdly, even where emojis have a commonly understood meaning, there may be differences in how they are used. A study comparing the preferred use of happy, sad and angry emojis and emoticons by Spanish and Chinese subjects identified a difference in use that reflected each culture’s communication style (Cheng 2017). Angry words, for example, were more commonly paired with an angry face emoji by Spanish participants, with the emoji acting as an intensifier, consistent with the ‘direct communicative style’ of Spanish culture (Cheng 2017, p. 223).

These three considerations alone suggest that cultural context is significant when communicating with emojis. 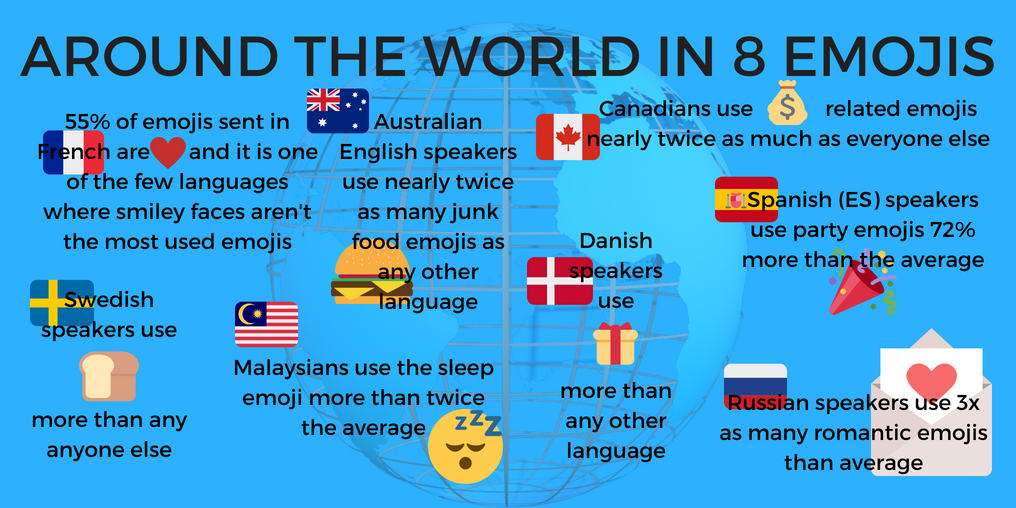 While emojis are not the universal language some may have anticipated (Danesi 2017, pp. 157-158), emojis have found a place in the written communication of many languages in today’s digital world. I spoke to translator and fellow editor, Birgitt Olsen, to see what that looks like for her.

Through emojis we can ‘better express tone and provide emotional cues, and this allows us to better manage the ongoing flow of information, and to interpret what the words are meant to convey’, enhancing our text-based digital communication (Evans 2017, pp. 32-33). However, the way emojis are used and interpreted, as well as the cultural context in which they are used, are important considerations if you want to ensure that your message is not lost in translation.